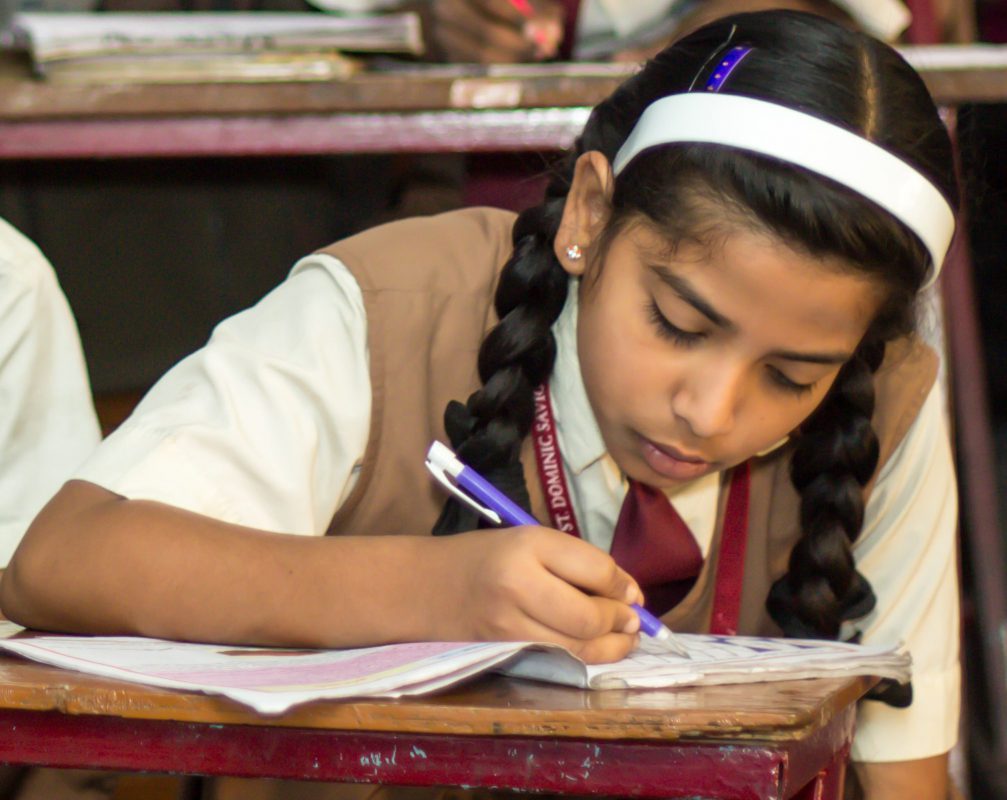 St. Dominic Savio School was founded by Late Mrs. Celestine Balu. She served as a Nurse in the Indian Army for 30 years. She started this institute with her pension money with the pure motive of service.

In the year 1982, Mr. Joseph Balu passed away and Mrs. Celestine Balu was left with school-going children. She was a giver and was always involved in works of charity. These qualities were imbibed in her children who continue to carry her vision forward.

In the year 1987, the family came to Govindapura and picked up a piece of land measuring around 4500 square feet, which is now our Head Office. Opposite this land was a big piece of land and Mrs. Celestine Balu inquired as to what will be done with it. She was told that it will be used as a Cinema Theater. Her vision was big and she questioned-why should this land be used as a cinema theater and not for a school to educate the people around the locality. All this was when Erannapalya was a village and Mariannapalya and Govindapura hardly had any population. In those days the bullock cart was the only means of transport to nearby places.

Trusting in God, she started St.Dominic Savio school with a pure motive to serve and not with any commercial or competitive motive. And as the dream of the school began to come true, she shrived to give the best to her students and thus, serve the people of the locality. Along with providing education, she would provide care to any child suffering with cold and fever, feed them and then send them to their classes. There are many who are witnesses to this even today.

We are one of Bengaluru’s most cherished co-educational schools for students from Nursery to grade X. The school established in the year 1989, has come to be symbolic of holistic education that aims to instil within its students, the love for knowledge for all those who deeply revere learning

A Registration form is the first requirement towards seeking admission. Forms can be obtained from the school office on any weekday between 9.00 am and 3.00 pm.